Cannabis Is Related To Psychosis. And Scientists Are One Step Away From Understanding How 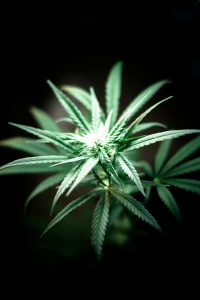 The whole world has long debated whether cannabis or marijuana, as it is better known, should be legalized or not. And this is a subject that always divides opinions. As much as marijuana has been used for a long time as a medicinal herb, mainly as an analgesic, its use is banned in some countries. Since it is also used as a smoking instrument by many people.

And according to research, cannabis use and the emergence of schizophrenia and psychosis in some people are linked to some degree. However, what this level is and how this relationship works is not an easy thing to unravel. Since mental health and drug use are caught in a tug of war this makes it difficult to separate cause and effect.

According to a new study by researchers at the Center for Addiction and Mental Health (CAMH) and King’s College London, UK, schizophrenia genes could be the key to explaining why some cannabis users end up developing psychosis and others don’t .

“These results are significant because they are the first evidence we’ve seen that people genetically prone to psychosis can be disproportionately affected by cannabis,” said CAMH psychiatrist Michael Wainberg.

Psychosis is a very serious mental health condition that affects how the brain builds a perception of the world around it. And the consequences of it can range from some confusion, to downright distressing, that make the person interpret or correlate images and sounds in ways that make it harder to know what is real and what is not.

Psychotic episodes are a key symptom of major depression, bipolar disorder and schizophrenia. And they can be induced by a variety of psychoactive substances, including the active compound in cannabis, delta 9-tetrahydrocannabinol (delta9-THC). 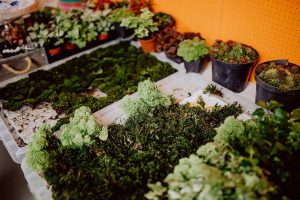 Research suggests that people who have used cannabis are nearly four times more likely to experience some form of psychosis compared to people who have not used the substance.

These same numbers may arise in populations where people with mental health problems disproportionately use cannabis to treat psychotic episodes.

However, further research suggests that self-medication is unlikely to play a significant role in this relationship. And studies consistently find that most people start using cannabis, not to treat the symptoms of psychosis, but to get a rush.

As much as you control personality disorders and the use of antipsychotics, the risk still exists. This makes it more difficult to refute the fact that cannabis appears to be the trigger for psychosis experiences.

However, looking at it from a different perspective, most people who use cannabis never come close to experiencing a psychotic episode. This shows that it’s even more important to find out exactly where the differences are.

The researchers used 100,000 records from UK Biobank participants and analyzed the relationship between genetics, cannabis use and psychotic experiences. In total, just over 4% of the records without reports of cannabis use had some type of delusional or hallucinatory experience. And that number went to 7% in cases where cannabis was used in the past.

Even so, the studies carried out are biased for having focused on westernized populations and, for the most part, whites. Therefore, there is still a long way to go before claims are made.

The Blog Lounge was started by a small group of passionate gamers who wanted to share their knowledge of games with fellow gamers across the globe. Over time we’ve grown to become one of the most visited blog sites online right now!